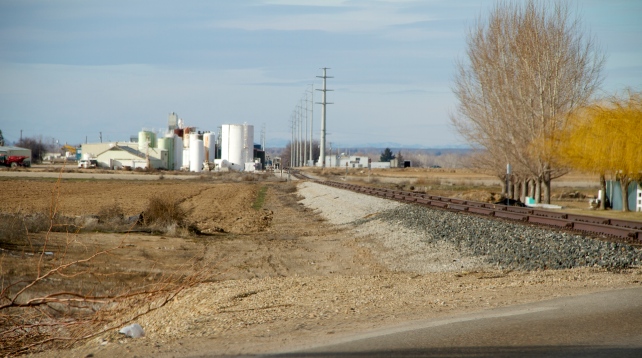 In an 8 to 1 decision this morning, the US Supreme Court decided that the government has no reversionary interest in the right of way at issue in Brandt Revocable Trust v. US. The slip opinion can be found at the Supreme Court website, and of course, a summary of the issues in the case are up at Oyez as well as the Scotusblog. The case is a major victory for property rights advocates.

As I mentioned in my previous summary of the case, Brandt contended that the right of way granted in an Act in 1875 was an easement, and that once the railroad abandoned their tracks, the underlying land became unburdened by the easement. The Government contended that the right of way granted in the 1875 Act was more than an easement, and reserved “an implied reversionary interest” to the United States in the event that the land, granted to the railroad, was needed in the future. In the opinion for the Court, Chief Justice Roberts points out that the Government lost their case this time largely because they had, in 1942, argued the opposite of their position and had set a precedent that governed the current situation. In Great Northern Railway Co. v. US (315 US 262, 1942) the Government convinced the Court that the 1875 Act granted only an easement. What happens to an easement when it is abandoned, said today’s Court, is well settled in property law: “the easement disappears, and the landowner resumes his full and unencumbered interest in the land” (Majority Opinion, p. 11).

Chief Justice Roberts ends his decision pointing out that the Government’s argument represented a “stark change of position” and then suggests that the importance of settled expectations of the owners of private property motivates at least some of the majority’s thinking today:

More than 70 years ago, the Government argued before this Court that a right of way granted under the 1875 Act was a simple easement. The Court was persuaded, and so ruled. Now the Government argues that such a right of way is tantamount to a limited fee with an implied reversionary interest. We decline to endorse such a stark change of position, especially given ‘the special need for certainty and predictability where land titles are concerned.’”  (Majority Opinion, p. 17)

The lone dissent was filed by Justice Sotomayor who reads Great Northern a little differently. She argues that there were cases in 1903 and 1915 that the Court failed to take into account but are an important part of the context in which Great Northern occurred, and that “in the context of railroad rights of way, traditional property terms like ‘fee’ and ‘easement’ do not neatly track common-law definition.” In fact, she says, if you look at the past understandings of railway lands more broadly, it becomes clear that the Court’s interpretation of Great Northern applies an understanding of easement that developed in a dispute in which the question was quite specific and very different from what is presented in Brandt, i.e., whether the right of way granted in the 1875 act allowed the grantee the right to mine for subsurface minerals (oil, in this case). The Great Northern court said no, that the only right conveyed in the act was a right to use the surface of the land because the right of way was an easement. That finding, Justice Sotomayor says, is about a very different issue than whether the right of way granted a reversionary interest, which, of course, is the issue raised in Brandt. Justice Sotomayor also argues that, with regard to land grants for the railroads such as the one created in the 1875 legislation, ambiguity “is to be resolved favorably to a sovereign grantor.” This principle, she says, also comes out of Great Northern.

Her final point goes to the impact the decision will have on contemporary public policy. Justice Sotomayor points out that the decision made today “undermines the legality of thousands of miles of former rights of way that the public now enjoys as means of transportation and recreation. And lawsuits challenging the conversion of former rails to recreational trails alone may well cost American taxpayers hundreds of millions of dollars. I do not believe the law requires this result…” (Dissent, p. 7).

Both Justice Sotomayor and Chief Justice Roberts are correct: this decision should stabilize property title in situations where abandoned railroad tracks cross private property and an easement was granted through the 1875 Act; it will also mean that in those cases, land will have to be purchased, or a new easements will have to be sought for recreational trails through these areas. More litigation may well occur as a result.

For me, I continue to be interested in what all this means for the nature of an easement or a right of way granted through federal legislation. What I am wondering is whether this case suggests that easements and right of ways will be judged according to the specific intent and the extent of the servitude the legislation intended to place upon the land at the time the legislation was drafted. If, in subsequent decades, the federal government interprets the servitude differently from how it was understood at the time of enactment, will such a new interpretation be understood as an over-reach that tries to grant more of a right of way (i.e., a broader right to use) than was intended by the framers of the law? I think this Court will be open to taking a closer look at situations that raise that particular question.

I will be traveling this week, and so our Thursday post may be moved to Friday depending upon travel conditions. Before I go, however, I wanted to point my readers back to Brandt Revocable Trust v. US. The transcripts for the oral arguments are now up on The Oyez Project here. The Oyez Project is a wonderful resource for anyone interested in U.S. Supreme Court cases. It contains summaries and transcripts.  If the case is old, of course, there’s no audio; but, for most important contemporary cases you can almost always count on an audio file. If you click the link to the audio, a player will come up and at the bottom of the pop-up is a link to a PDF of the full text. I highly recommend anyone interested in private property rights — or the nature of easements and rights of way — to take a look or a listen.

Those of you who are not familiar with Supreme Court oral arguments may not realize that the justices interrupt the attorneys with questions from the start. Sometimes it’s annoying…Other times it’s funny…Mostly, it’s just interesting. It can make it hard to follow what is happening, so you may want to read along in the PDF transcript while listening. (In fact, the player will scroll a transcript simultaneously with the audio, but I find it helpful to have the PDF open so that I can move back and forth more easily to look at things as I listen.) Oral arguments are an hour in length, with the time divided between the two parties. This recording is just under 62 minutes long including the reading of the case name and closing by the Chief Justice. They work through a lot of technical terminology, but if you just stick with it you’ll get the gist. You’ll also hear that sometimes the justices want lawyers to clarify what a term means, or what the lawyers think it means. Most of the terms can be found on-line if you do an on-line search — some of the best explanations will either show up on legal blogs or in legal dictionaries. Brandt’s attorney makes his argument first as the lawyer for the Petitioner, and has 30 minutes to answer questions and clarify points from his brief. Then comes the Government attorney as the Respondent, who also has 30 minutes.

Spoiler Alert: Neither side had it easy with the justices, but the Government’s attorney, Anthony Yang, really did seem to be facing an especially skeptical Court. For example, Justice Breyer asked the Government lawyer for statutory or case-law authority for the Government’s position concerning the nature of the rights-of-way/easements. Justice Breyer came back to this point several times… As a rule of thumb, if justices are asking for authorities over and over (either statutory or case-law) to support a position, there’s more than a little reason for a lawyer to be concerned about how persuasive his/her brief was. Here’s one of my favorite moments in the exchange between Justice Breyer and Mr. Yang:

Justice Stephen G. Breyer: –Can you imagine or explain to me why a property lawyer worth his salt since 70 years ago or more, 1942, wouldn’t have read that case and advised his client, who was buying the land, if the railroad abandons it, it’s yours.

Justice Stephen G. Breyer: Where is some evidence of that?

Anthony A. Yang: –There are at least four reasons.

Justice Stephen G. Breyer: No, not reasons. I want to know if there’s any authority, and then you can give me the reasons.

Justice Breyer did say he’d have his law clerks go and look for the cases since the Government’s lawyer assured him they do exist. Yang said the Government just hadn’t included them in their brief… I guess we’ll find out what Breyer’s law clerks turn up.

I’m taking the transcripts and audio with me on the plane tomorrow so that I can do some more analysis… In the meantime…  Have fun listening!