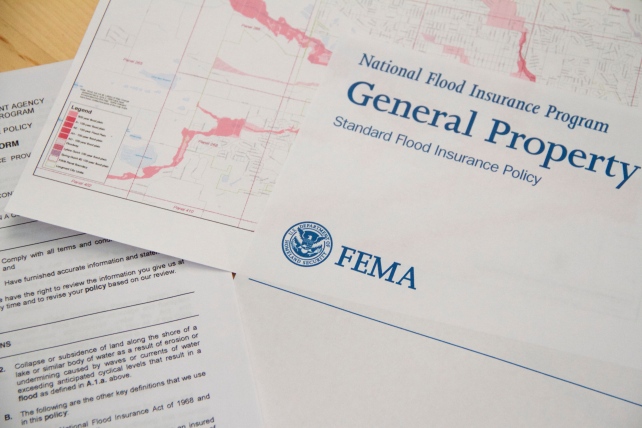 In a previous post I talked briefly about some problems with FEMA’s flood insurance rate maps (FIRMs) that have been salient in the news recently. In a series of posts beginning with this one, I’m going to talk at somewhat greater length about the National Flood Insurance Program and efforts to reform it – including updating and otherwise fixing the FIRMs mentioned in the earlier post.

The worst natural disasters in American history, in terms of both the number of lives lost and the dollars of property damage, have been floods. This is due in large part to the increased populations and the increased concentration of capital in flood-prone areas. The spatial and temporal pervasiveness of flooding has led to federal government involvement in flood mitigation for most of America’s history. The history of American flood mitigation policy, unfortunately, is marked by failures. The National Flood Insurance Program (NFIP) is one example of a long-standing policy failure, despite several attempts to incorporate lessons to address its failings. In July of 2012, however, Congress passed the Biggert-Waters Flood Insurance Reform Act of 2012, which promised to meaningfully reform the NFIP.

The Army Corps of Engineers has been dredging harbors and rivers since the 18th century, and has been maintaining levees at least since the Civil War. Arguably the first sustained, non-infrastructural foray into non-levee flood disaster mitigation came on the heels of Hurricane Betsy, which struck the Gulf Coast in 1968, however. Betsy left 76 people dead and did more than 1.5 billion dollars in property damage (roughly 10 billion in 2010 dollars). One issue that Betsy highlighted was the tremendous gulf between flood-risk liabilities and flood insurance coverage. That is, the vast majority of the homes in the Gulf region, and indeed, the nation as a whole, that were at risk for flood damage did not carry flood insurance.

The absence of private-sector flood insurance was cited by many as a “market failure” in desperate need of governmental correction. Private insurers generally see catastrophe insurance as bad business due to the high concentration of risk, leading to low or nonexistent losses in some years but to astronomical losses in other years. Additionally, the areas that most need flood insurance (coastal areas prone to hurricanes and alluvial valleys) are, by definition, those areas at greatest risk for flooding. This makes it extraordinarily expensive to balance premiums and losses while also keeping premium rates affordable (that is, virtually the entire universe of cases needing flood insurance are those at high risk for flood damage, as opposed to something like fire risk which is diffuse, and thus, much easier to insure against). In essence, there was no market for private-sector flood insurance because premiums incorporating actuarial risk were prohibitively expensive and because the risk pool was not large enough to diffuse costs. In a way, however, this was (or should have been) precisely the point. Prohibitively expensive insurance should have disincentivized building and investing in these high-risk, flood-prone areas.

Still, actors in the federal government determined it was desirable to significantly extend the scope of flood insurance coverage in the United States via the National Flood Insurance Act of 1968. This act established the National Flood Insurance Program (NFIP) in an effort to make affordable flood insurance available to those who needed it. The only way to provide “affordable” insurance, of course, was to discount actuarial risk by subsidizing the insurance. NFIP was designed to create voluntary partnerships between the federal government and local communities. NFIP created flood maps (those FIRMs now maintained by FEMA) in these cooperating communities, designating risk in flood zones. Property owners in these participating communities were eligible to buy subsidized federal flood insurance. Properties located in one-hundred year floodplains (that is, those that have a one-percent risk of flooding in any given year) are designated as high-risk (Special Flood Hazard Areas, or SFHAs, in the terms of the program). Additionally, participating communities are monitored on their efforts to mitigate flood risk through drainage and levee improvements, among other things.

The entire National Flood Insurance edifice is built on the foundation briefly described above. Its designated purpose is still to provide “affordable” flood insurance to individuals and firms facing high flood risks. NFIP has faced serious problems from the very beginning. I’ll talk more about some of the problems in the next post in this series. One problem worth noting here concerns the problem of “moral hazard.” That is, by making insurance “affordable” in these high risk areas, NFIP has actually contributed to the concentration of people and capital in flood-prone areas. In insurance, this is called a “moral hazard.” The effects of this moral hazard are serious, and will quite likely be long-lasting. That is, 45-plus years of perverse incentives have led to a significant concentration of people, and thus homes and businesses, in flood-prone areas. Entire communities have developed in areas such as St. Charles county Missouri where no development is safe from recurrent flooding. As such, there is now a very substantial (if geographically dispersed) population of people who benefit from the status quo, and who will likely resist any changes to those policy structures from which they benefit. Thus, NFIP not only suffers from significant design flaws, but its very nature promises to impede reform.

If you’re interested in assessing the risk you personally face (at least, the risk as measured by FEMA and/or the Army Corps of Engineers), you can follow the links here.